Laboratory for the Study of Localized Patterns and Structures (LPS) 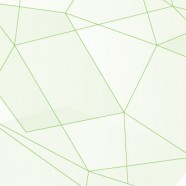 This initiative is aimed at bringing together mathematicians working in the area of applied nonlinear analysis, PDEs and numerical analysis and physicists interested in investigation of nonlinear phenomena from theoretical and experimental point of view. The first goal is to establish work relationships between the group of scientists from CMM, experts in nonlinear analysis, and the group of physicists in the Physics Department (DFI) at the FCFM who are experts in nonlinear physics.  The second is a more long-term objective, which is to create a group of experts capable of supporting research, which has nonlinear PDE models at its base.  We have in mind here fields different from physics, such as biology, chemistry, and various areas of engineering.

Macroscopic description of physical phenomena is usually achieved using a small number of macroscopic variables. These macroscopic variables are related with microscopic variables by some averaging process, and this in turn gives rise to nonlinear interactions between macroscopic variables. When one considers a spatially inhomogeneous environment and time evolution of them one is lead to a PDE model. In this framework, the principal objective of the laboratory is to understand robust phenomena described by nonlinear PDE models. Of particular interest are systems, which, by some particular symmetry-breaking mechanism are lead to a situation in which the spatial homogenous state is not privileged anymore, and instead, two or more stable states (phases) can coexist in the system. In this situation one can observe localized structures, called patterns, within the system. Understanding their onset, evolution and asymptotic behavior in various contexts is the particular objective we have in mind. It should be emphasized that this robust dynamical behavior is commonplace in nature or experiments.  For instance patterns are found in convection cells in fluids and in the transverse section of semiconductor lasers, spirals in oscillatory chemical reactions, ripples on blown sand, stripes of seashells or on the fur of mammals, and in many biological and geological processes. For this reasons the models we use, while phenomenological, have also the character of being in some sense universal.

The common feature of the problems we intend to study is, besides their inherent nonlinear character, the fact that they are multicomponent. Indeed, in addition to bistability, a necessary ingredient for self-organization of patterns is presence of a feedback between the components of the system. Thus to understand the localized patterns we need to develop models which will take into account the nonlinear interaction of many components. These will typically be coupled systems of nonlinear PDEs. We will study them both analytically and numerically and we will design and perform experiments, which will verify the results. We expect that the models will allow us as well to predict new phenomena that can be realized experimentally. We hope that the phenomenological models that take into account as many components as possible can give insight into the mechanism of formation and evolution of localized patterns.

It is known that the threshold of Fredericksz transition is lowered significantly when the liquid crystal is doped with dye, which is the so-called Janossy effect.  This is explained by the fact that the dye molecules, which themselves are light sensitive, interact with the liquid crystal directors. In turn, dye molecules can be in one of the two phases called trans (which is the ground state) and cis (which is the excited state), respectively. The transition from trans to cis is due to the light applied to the sample. The opposite transition happens because of the interaction between the dye in the cis state and the liquid crystal directors. This provides the internal feedback between the components of the system, which as we have pointed out, is necessary for pattern formation. The experimental setup for studying this phenomenon is currently under development by the group of M. Clerc and C. Falcón, and is expected to be in full operation within a short time. From this point of view this project is a priority and we think that it will be important in the process of consolidation of the Laboratory.

A continuous or macroscopic description of granular flows is still an open question. There are several models with different approximation schemes that produce different hydrodynamic behaviors. Nevertheless, simple models independent of the specific macroscopic model and based on generic arguments are efficient tool that allows us to understand the observed dynamics. A simple system under study is a granular bed over a porous medium. When airflow is applied in a periodic manner patterns appear. The exact mechanism by which the patterns are formed in this system, and in particular understanding the internal feedback between the airflow and the granular media is an important and nontrivial problem.

One of the most studied, and at the same time most challenging pattern in nonlinear systems is a vortex pattern. Unlike line, or point patterns which are described by a real valued order parameter, to describe a vortex mathematically one needs to deal with a complex valued order parameter which satisfies a Ginzburg-Landau type equation.   In this project we will study vortex pinning in a liquid crystal sample. Experimentally it has been shown that employing nematic liquid crystals in a homeotrophic cell with a photosensitive wall and negative dielectric anisotropy, vortex states are induced by external illumination. The novelty of this experiment comes form the fact that the vortex configuration obtained this way is stable.  The model proposed, which is a generalization of Ginzburg-Landau equation with spatial inhomogeneity and anisotropic coupling for the dynamics of the director close to the Freedericksz transition, seems to be able to reproduce this effect numerically, however more analysis, especially from the point of view of nonlinear PDEs is needed here to get the full picture.

Besides the dissemination through scientific journals (applied mathematics and nonlinear physics) and the formation of students and post-docs with a common language to tackle problems in nonlinear PDEs, we intend to develop a software platform for the experiments. The idea is to be able to simulate mathematical models with flexibility that allows changing in an interactive and user-friendly manner the important parameters, initial conditions and boundary conditions of the system. This way mathematical models of concrete experiments can be verified quickly. This should also help to develop deep intuition of the nonlinear mechanism in play, and allow for predictions to be made. Finally, such numerical platforms (nonlinear PDEs applets) can hopefully be adapted to new experiments. We plan to make these platforms freely available, so that scientists and students in their research can use them.  We visualize potential applications of the research of this laboratory in catalysis processes, in quantum computation, control of optical structures such as vortices, optical tweezers. In the long term we intend for industrial applications.