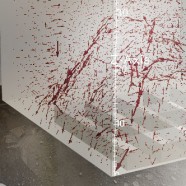 In the MMGeo laboratory, the primary mission is to conduct research of highest international standard in the area of mathematical modeling in Geomechanics. Our work goes from the mathematical modeling of the problems to the actual numerical implementation of the solutions.  In many cases we provide the software and the corresponding interface. Our main partner is the Geomechanical Division of El Teniente, Codelco. With this division during the last years, we have been involved in several key projects for Codelco. A list of the last projects we have worked is as follows: i) Study of 2D scenarios for preconditioning and estimation of the maximum stable cavity (in 3D), (ii) Study of the rock mass response and induced damage due to cavity expansion, (iii) Stress Field change in a rock mass due to preconditioning, (iv) Hydraulic fracture morphology analysis in rock mass

A study for the determination of the cave backs in El Teniente underground mine: most of the problems we have worked in the past have in common the necessity of obtaining as much information as possible in order to prevent the dangerous process of rock bursting. In April 2003, the El Teniente mine, particularly the “Reservas Norte” sector was affected by a 3.0 moment magnitude and high-radiated energy seismic event. Extensive damage was generated affecting galleries at all levels of this sector. These phenomena produced serious consequences on the mine production of copper affecting in turn the national economy.

This problem is of paramount importance for Codelco. Among other things, we will try to determine the surface shape of the cavity that arises during the caving process and its evolution. It is important here to determine conditions in order to avoid cavities that become stable, since they will not allow the continuous process of caving in the underground mine. As an outcome of this project some surface shapes from different approaches will be obtained. In a second step and as a continuation to this project, we will have a new one in which the important step of the integration of the different surfaces shapes obtained in the previous project will be done. This project is due to start soon. 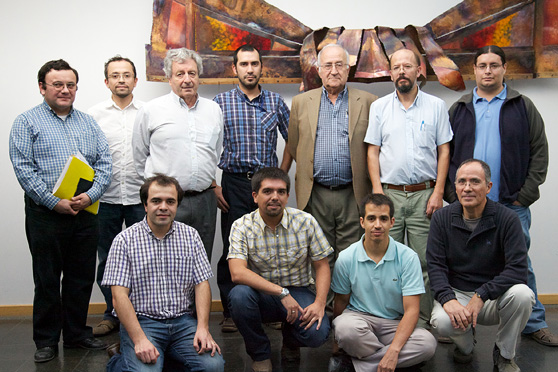