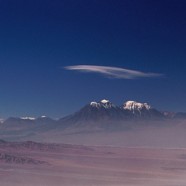 Limited resources in transportation, telecommunication, energy and water supply, lead to multi-agent interactions that can be seen as games or economic equilibrium. These markets were deregulated in Chile in the 80’s, providing a rich experience and substantial data which can be used to validate new methodologies.

A common feature is that interaction occurs within a network, where decisions on what to produce, consume, trade or plan, are subject to constraints imposed by node and link capacities, risk, and uncertainty. Constraints deal with the capacity of generators and transmission lines; switches and antennas in telecommunication; buses, hubs and routes for transportation. Nonlinear phenomena arise from price formation as a consequence of demand-supply equilibria or multi-unit auction processes in the case of energy and telecommunication. Congestion also induces nonlinearities which tie in with market power to explain market failures. Thus, equilibrium is not reached as in classical markets but through some balancing mechanisms that have to be discovered and understood through innovative modeling.

Research in multi-agent equilibrium has been done at CMM with significant theoretical and practical results. Our study on integrated land-use and transportation considered the effect of new roads and transit on urban development, while an extension addressed the congestion in networks. A second example is a project on regulation of the mobile phone sector developed for the Chilean authority. Market equilibrium was also studied for electrical power production/distribution networks, while network-based demand models were developed in the airline sector. Models are approached not just on paper but with real data and numerical developments, building bridges between faculty and students with industry and state agencies. They are now used in Chile and other countries.

Part of this endeavor is a new collaboration with Hewlett-Packard in the areas of optimization and contract theory for utility or on-demand computing, a new business that brings fresh challenges to network economics. As a result, HP is supporting the creation of a work group at CMM with joint support from CORFO. In order to structure and scale-up these activities we are creating a Network Economics Lab in joint-venture with U. Washington and U. California at Davis. R.T. Rockafellar and R.J.B. Wets, widely recognized for their landmark contribution to variational analysis and optimization, are associated to this initiative.