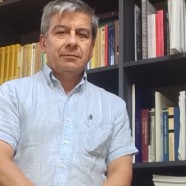 In its anniversary, Universidad de Concepción (UdeC) distinguished the scientific career of Center for Mathematical Modeling researcher Gabriel Gatica, who was recognized together with nine other scholars for their career in research and Conicyt projects during the last 20 years.

“It is very, very positive, on the one hand, the merit of the researchers and, on the other, the permanent support of the university in its various instances, from Presidency to the respective directors,” said the director of the Center for Research in Mathematical Engineering (CI²MA) at UdeC.

The university also awarded the director of Research and Artistic Creation José Becerra and Lohengrin Cavieres, both at the Faculty of Natural and Oceanographic Sciences; Juanita Freer, at Biotechnology Center; Douglas Geisler and Wolfgang Gieren, at Astronomy; Daniel Gonzalez at Veterinary Medicine; Patricio Reyes and the Vice Chancellor Bernabé Rivas, at Chemistry. There was a posthumous tribute to Hugo Segura, an academician at Chemical Engineering, who died in 2014.

“The area where I work, Numerical Analysis of Partial Differential Equations, which aims to solve in an approximated way various models arising from Engineering Science and Physics, mainly has been developing for more than 20 years at Universidad de Concepción , and it achieved a recognized international significance. The fact I’m here is a product of the work developed over the years, so I also represent a group of researchers who have very similar productivity,” said the academic.

The scientists received the award from the rector Sergio Lavanchy, who said that the results of the university in science are the result of policies that aim to increase knowledge generation.