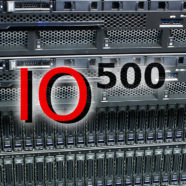 On November 18, the new version of the IO500 list was presented, a ranking of the fastest supercomputing (“HPC”) storage systems in the world, where the Chilean supercomputer Guacolda-Leftraru appears in 39th place.

Guacolda-Leftraru is the most powerful supercomputer at the national level, and is managed by the National Laboratory for High Performance Computing (NLHPC), hosted by the Center for Mathematical Modeling (CMM) at the Data Center of the Faculty of Physical and Mathematical Sciences of the University of Chile.

“That Guacolda-Leftraru appears in such a position in this ranking due to the 4PB storage that we recently put into operation, is an extraodinary milestone. This new equipment makes it possible for researchers associated with a Chilean institution to have access to world-class storage, which allows them to do research that was not feasible before, in addition, in less time,” says Ginés Guerrero, executive director of the NLHPC.

In addition to appearing in 39th place in the overall ranking, Guacolda ranked 36th in the 10 Node Challenge. The latter is carried out using the regular IO500 benchmark, but with the additional rule that exactly 10 client nodes must be used to run the benchmark.

The IO-500 benchmark consists of data and metadata benchmarks to identify performance boundaries for optimized and suboptimal applications. The utilization of different benchmarks with various patterns provide a concrete outcome for the evaluated storage. Together with comprehensive data from sites, supercomputers, and storage, in-depth analysis of system characteristics are tracked by the list and can be analyzed. In contrast to other lists, the IO-500 collects the execution scripts for providing means of result verification and sharing best practices for data centers, according to organizers. This is intended for members of the HPC community to exchange tuning ideas, and achieve maximum performance of their storage.

The IO-500 initiative, which was initially driven by the Virtual Institute for I/O (VI4IO), today is an independent platform. “With the increasing importance of efficient I/O to reach peak computing performance, the IO500 is quickly becoming the de-facto standard for measuring HPC storage performance. Developed in 2017, the IO500 has released two lists per year since then,” note the organizers in the presentation of the latest ranking at the Supercomputing SC21 conference.

The laboratory, hosted at the Center for Mathematical Modeling (CMM) at the Faculty of Physical and Mathematical Sciences of the University of Chile, began operating in 2011. Since then, the vast majority of institutions doing research in the country are part of the center, constituting the largest scientific network in Chile.