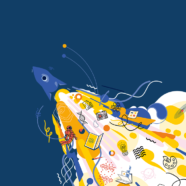 For the fourth consecutive year, it remains among the leaders in the region according to the QS Ranking by discipline of the multinational consulting firm specializing in education, Quacquarelli Symonds (QS).

The University of Chile, in the discipline of Mathematics, ranks second in Latin America –only after the University of São Paulo in Brazil and ahead of the UNAM in Mexico– and among the top 150 worldwide. The achievement is remarkable in that it has been these same public universities that have competed for the first three places in the last four years, showing a sustained regional presence in international rankings by state universities with great research capacity and excellent performance.

“I commend the consistency, in this and other rankings, of the University of Chile in our discipline. Leading mathematics in Latin America in a sustained manner in recent years reflects the effort we make as a center to carry out research at the highest level,” says Héctor Ramírez, PhD in Applied Mathematics from the École Polytechnique of France, and director of the CMM.

It should be noted that during the same period the Universidad de Chile was also positioned among the first four best universities in Latin America in the Shanghai Ranking (Academic Ranking of World Universities, ARWU) in its Global Ranking of Academic Subjects for the area of Mathematics.

The QS World University Rankings by Subject aims to help prospective students identify the world’s top schools in their field of study, in response to the high demand for comparisons across subjects. The measurement combines four components to produce the results of each of the subject rankings, with weightings tailored to each discipline: academic reputation, reputation among employers, citations per paper and H-index.

The CMM is today the most active scientific research institution in mathematical modeling in Latin America. It is a center of excellence of ANID, located in the Faculty of Physical and Mathematical Sciences of the University of Chile and today integrates eight other associated universities. Its mission is to create mathematics to respond to problems from other sciences, industry and public policies. It seeks to develop science with the highest standards, excellence and rigor in areas such as data science, climate and biodiversity, education, resource management, mining and digital health.