CMM > Frontpage > Mathematics from the U. of Chile stands out in Shanghai Ranking

Mathematics from the U. of Chile stands out in Shanghai Ranking 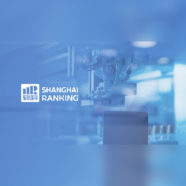 Mining and Mineral Engineering, Transportation Science and Technology, and Mathematics improved their results in the annual ranking by academic subjects, obtaining 43rd place, the 51-75 range, and 101-150, respectively. Thus, the Faculty of Physical and Mathematical Sciences of the University of Chile is positioned as the first in the country and Latin America, in the case of the first two disciplines.

The Shanghai Ranking delivered the results of its ranking of universities by academic disciplines, which considers 54 subjects across Natural Sciences, Engineering, Life Sciences, Medical Sciences and Social Sciences.

FCFM disciplines that improved their ranking

Mining Engineering continues to advance in its position consecutively, reaching in the recent version, which accounts for the 2021 performance, the 43rd position. In 2020 it reached the 49th position and previously, in 2019, it was placed in the 51-75 range.

Meanwhile, Transportation Science and Technology also marked a favorable jump, from the rank 101-150 to 51-75, joining Mining and Mineral Engineering as the two disciplines where the Faculty of Physical and Mathematical Sciences of the University of Chile appears as first for Latin America.

The other area taught at the FCFM that marked a rise in this world ranking was Mathematics with a position of rank 101-150, surpassing its 2020 results that placed it in the 151-200 group.

“The Universidad de Chile, and our Faculty in particular, has always valued this ranking for being one of the few instruments that works with objective indicators that recognize scientific production, research impact and international collaboration of academics, among other criteria. In this sense, it is a ranking that recognizes the serious work of our academic community, and as a Faculty we are pleased to see that the work well done in the different disciplines that are cultivated here is recognized both nationally and internationally. As a Faculty we are happy to see a continuous improvement in important areas such as Mining, Transportation and Mathematics. This undoubtedly reflects the connection of our work with the development of the country and the contribution beyond our borders”, said the Academic, Research and Innovation Director, Viviana Meruane.

For his part, the director of the Department of Mining Engineering, Gonzalo Montes, celebrated the work of the researchers behind the projects in his unit. “This ranking especially highlights the excellence in research of our department, which has been strengthened in strategic mining areas with academics who have joined in recent years. This worldwide position fills us with pride, as it places us above universities of recognized prestige in countries such as Germany, France, China, Sweden, England, the United States, among others. This is a joint effort of years of our entire community of staff, students, academics and professionals. We believe that this is a recognition for mining in Chile and we are convinced that it will serve not only to reinforce our commitment to this activity, but also to attract talented students who will help us to solve the major challenges we face today”, he said.

In the Department of Civil Engineering (DIC), they also expressed their satisfaction with the progress in the area of Transportation Science and Technology. “We have maintained the leading position in Chile and Latin America since 2017, the first year in which the ranking by disciplines was published, but this is the highest position we have been in so far,” said the director of the DIC, Angelo Guevara. “Since 1971, the Transportation Engineering area of the Department of Civil Engineering has developed teaching and research in the movement of people and things in all its dimensions, including land use and urban environment. This discipline, in full development, responds to a basic need that directly influences people’s quality of life and has an important analytical component that combines exact sciences (mathematics and physics) and social sciences (economics-psychology). There are countless challenges that demand to be solved in this area,” he added.

“The outstanding position we achieved in the Shanghai ranking is undoubtedly a very significant achievement. To put it in context, it is enough to note that there are only a few European universities that surpass us and that countries such as Germany, France, Spain or Italy do not have universities ranked higher than us in transportation, despite having research centers with much larger groups and budgets. We can say, with evidence, that at the University of Chile we do world-class research in transportation, thanks to the academic staff and the excellent students who follow our programs at the FCFM”, said the director of the DIC.

The director of the Department of Mathematical Engineering (DIM) and principal investigator of the Center for Mathematical Modeling (CMM), Claudio Muñoz, pointed out that “this is very positive and encouraging news, which reflects how the ecosystem of work in mathematics at the entire university has reached higher levels in our region, and will soon be able to compete at world level, producing mathematics of the highest level, as well as contributing to solve the variety of problems that require active mathematics and which are a manifest part of our society”.

Who and what does this ranking evaluate?

More than 1,800 universities, from a pool of 4,000 institutions evaluated across 93 countries, are listed in this ranking of academic disciplines, according to their global position and scores.

The evaluation indicators include: number of scientific papers published, citation impact, percentage of publications with international co-authorship, number of publications in highly ranked journals and academic conferences, and the total number of highly recognized awards in each discipline.