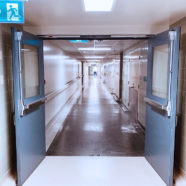 They analyzed the histories and reasons of those who did not attend in order to avoid possible absences.

Phone calls lead as the best method for reminding patients of appointments with a 7.8% reduction in absenteeism, while WhatsApp and texting lag behind with a 5.4% decrease.

Requesting a medical appointment and not showing up generates losses in time and resources for the health system, especially in public sector hospitals, but why are people missing? A group of researchers from the Center for Mathematical Modeling (CMM) of the University of Chile, through a FONDEF project, conducted interviews to answer this question and with the help of Artificial Intelligence, found the best way to reduce no-shows to medical appointments.

The validation of the project results was carried out by means of an experimental design that consisted of two parts. During the first, 18 thousand medical appointments were analyzed and by means of several predictor machines, created as part of the project, those patients who were very likely to not attend were selected, in order to implement the strategy of remembering the medical appointment through three methods: phone call, WhatsApp message and text message.

“We would call and remind the appointment. Not everyone was called, but we used the cases that our predictor threw out as most likely to not come. By doing that, we were able to reduce absenteeism by almost 8 percentage points (reducing from 20.3% to 12.5%). While with text messages and WhatsApp we achieved a smaller reduction, around 5.4 percentage points,” explained Héctor Ramírez, PhD in Applied Mathematics and director of the CMM. 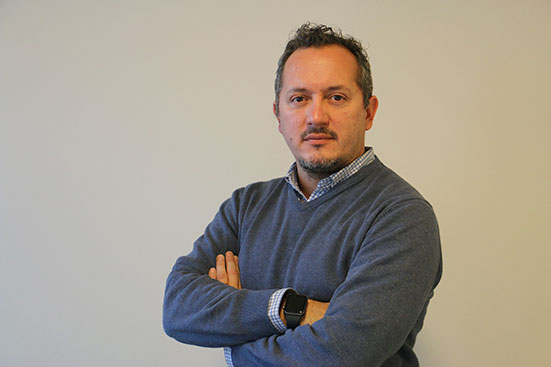 This research tested this method for three months in three hospitals: the Luis Calvo Mackenna Pediatric Hospital, the Regional Hospital of Talca and the Cordillera Oriente Health Reference Center, located in Peñalolén. 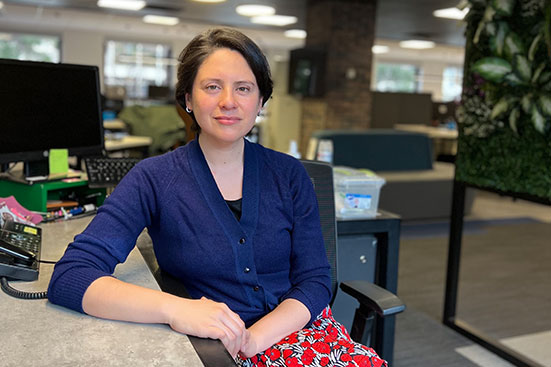 For the director of the Dr. Luis Calvo Mackenna Children’s Hospital, Dr. Michel Royer, the existence of users who do not show up is one of the relevant challenges for any health facility with outpatient care, since the aim is to avoid missing out on opportunities for care, in order to ensure greater access and opportunities for the population. “In our experience with the project, being able to count on tools to analyze no-show factors, as well as having the demonstration of efforts and results, has encouraged us not only to reduce the non-attendance of users, but also to highlight the issue within the institution and rethink the human need to make contact and empathize with others,” he said. 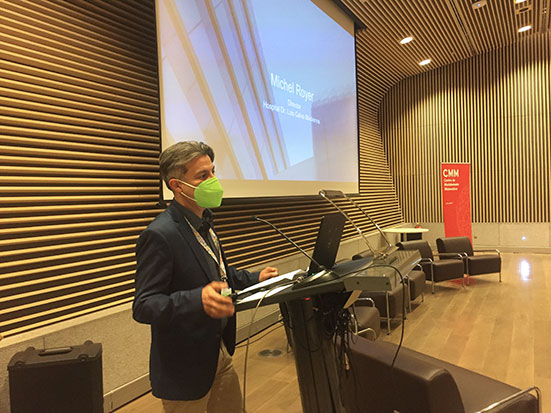 In the second phase of this experimental design, those patients who did not attend the appointment despite having been notified were interviewed by telephone, and in addition, 10% of people (randomly selected) who did attend the medical appointment were interviewed in order to see data patterns. “In the case of those who showed up, we asked them if it made it easier for them to be reminded of the appointment, and we also asked them about the strategy used and the most appropriate time to communicate with them. For the group that did not show up, in addition to these questions, we asked them about the reasons why they could not attend and what strategy would best help them,” explained Helena Montenegro, PhD in Education and researcher at the CMM Education Laboratory. 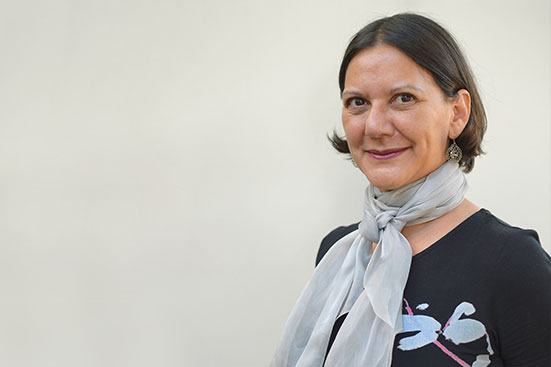 Helena Montenegro, PhD in Education and researcher at the CMM Education Laboratory.

In view of this, they were asked about the most suitable way to remind them of their appointments. “Sixty percent preferred the phone call over WhatsApp or text message because they felt the latter two were impersonal and thought they were automated. In contrast, in the phone call they felt a commitment on the part of the institution,” Montenegro added.

Jocelyn Dunstan elaborated on this issue and explained that “in general what works best is the phone call, but it is also the most expensive. But at the same time the human factor is important, especially when there are people with different abilities or who need to be told more times what is happening, or that well, this call brings them closer to the medical team”.

And she added that “in the Calvo Mackenna the call was more effective, then the WhatsApp message and finally the text message. At the CRS Cordillera, the call and SMS message had similar results and WhatsApp worked worse. Finally when we look at the Talca Regional Hospital, you can see that the call and WhatsApp message worked just as well, and finally the text message.”

When do they miss the most? Helena Montenegro pointed out that “the highest percentage of absenteeism in the group interviewed was on Mondays and Tuesdays, especially in the morning, from 08:00 to 11:00 hours. This is because if someone was sick on the weekend and the appointment was first thing in the morning, there was little time to organize or manage who would stay with the children. On the other hand, there was greater attendance on Thursdays and Fridays, because if an inconvenience arose during the course of the week, it could be reorganized in time”.

This project ended with the creation of an IT platform that has been made available to these three hospitals. In the future, the researchers propose that it would be important for this to be used in more hospitals. “For that we want to have a second part where we want to continue comparing other techniques, because since we did the project until now new ways of remembering medical appointments have emerged, such as WhatsApp messages with artificial intelligence and it would be interesting to test whether that is better or worse than phone calls,” concluded the center’s director, Héctor Ramírez.

The results of the FONDEF IDeA I+D ID19I10271 project “Technological solutions based on advanced mathematical techniques for machine learning” were presented at a closing event hosted by Héctor Ramírez, director of the Center for Mathematical Modeling at the University of Chile, and Jocelyn Dunstan, project director and coordinator of the Digital Health area of the same center. 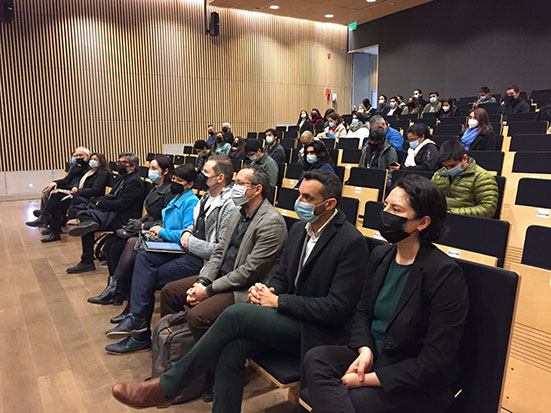 The meeting took place on Thursday, July 28 at the Enrique d’Etigny Auditorium of the Faculty of Physical and Mathematical Sciences of the University of Chile, and was broadcast live via YouTube. The event was addressed by Prof. Enrique Aliste, Vice Rector for Research and Development of the University of Chile, Prof. Francisco Martínez, Dean of the Faculty of Physical and Mathematical Sciences, and Undersecretary of Public Health Cristóbal Cuadrado. The director of the CMM, Héctor Ramírez, the project director Jocelyn Dunstan and the researcher Helena Montenegro, presented the different aspects of the project, work that was also highlighted by the director of the Children’s Hospital Dr. Luis Calvo Mackenna, Dr. Michel Royer. 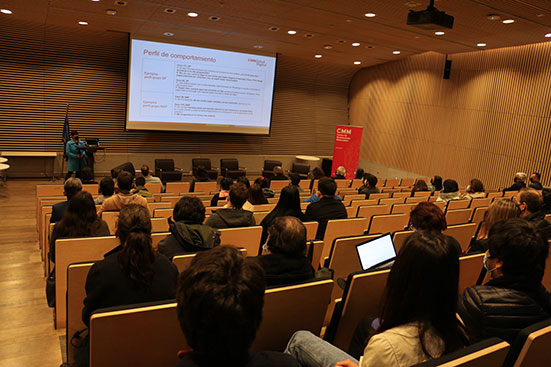 You can find more information about the project and relive the closing event at https://eventos.cmm.uchile.cl/fondefnsp/

About the Center for Mathematical Modeling

The Center for Mathematical Modeling (CMM) is a national reference scientific center for research and applications of mathematics. Its goal is to create new mathematics and use it to solve problems coming from other sciences, industry and public policy.

CMM Digital Health is one of the six lines of applied research of CMM, born from the interest of improving access and efficiency of health in Chile through the incorporation of mathematical modeling and artificial intelligence tools in the different processes that take place in health centers.