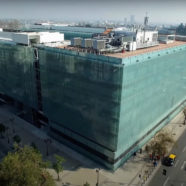 Six projects with principal and associate participation of researchers from the Faculty of Physical and Mathematical Sciences of the Universidad de Chile -two at the Center for Mathematical Modeling- were awarded IDeA I+D funding from the National Agency for Research and Development on various topics such as green hydrogen, tailings, alluvial hazards, earthquakes, city management and improvement of educational processes.

Of a total of 20 projects awarded by teams of researchers from the Universidad de Chile (15 as the main institution and 5 as associated), the FCFM received funding for the development of 6 initiatives (4 main and 2 associated).

“The Fondef IDeA I+D projects allow us to focus the research and innovation work developed by researchers on products and solutions that have an economic and social impact for the country. We are pleased to see the high participation of the faculty both in the application and in the awarding of this type of projects, this is a sign of the relevance of our work for society”. This was expressed by the Academic and Research Director of the FCFM, Viviana Meruane, when she greeted the teams that make it possible to be present in the development of the country. 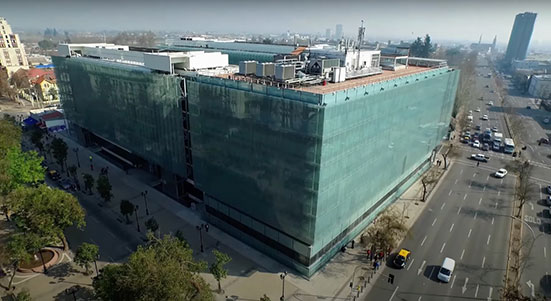 A look at the projects with FCFM participation

This project aims at the development of a bench scale photoelectrochemical cell for the generation of green hydrogen from water electrolysis focusing its objectives on: the optimization of the design and operation of the device towards industrial scale-up, and the improvement of the manufacturing process and of the solar energy to hydrogen conversion efficiency of the photoelectrochemical materials successfully developed at laboratory level by the research group presenting this proposal.

As a result, it is expected to obtain an improved device in terms of solar energy to hydrogen conversion efficiency and whose components present long-term stability, compared to what has been reported to date for laboratory-scale systems with only one photoelectrode (efficiencies of less than 18% in continuous operation for a maximum time of 40 hours).

The main objective of this project is to develop a monitoring system and indicators of risk of failure of inactive and abandoned tailings deposits based on the processing of satellite information and other variables, from publicly available information. In this way, it seeks to provide the State of Chile with a set of tools that will reduce the risks for the population and the environment due to these environmental liabilities, by generating methodologies, protocols, data management, algorithms and indicators that will allow evaluating the risk associated with stability phenomena of the deposits and provide alerts that will help the competent authority to make decisions. 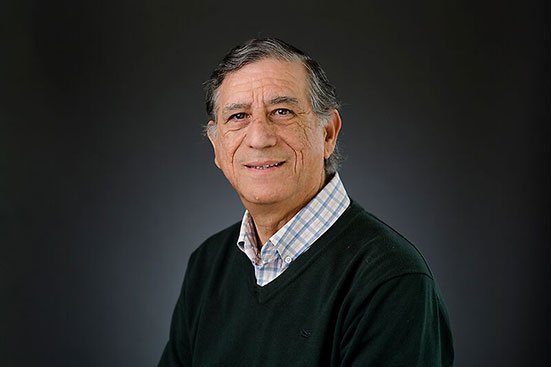 This initiative is led by Jorge Amaya, researcher at the Center for Mathematical Modeling, and Roberto Gesche, researcher at AMTC, constituting a joint project between both centers. Christian Ihle (AMTC) and Jaime Ortega (CMM) also participate as associate researchers.

This project will develop a GIS platform, based on geological, morphological and hydrometeorological parameters available and/or collected from different sources that will allow the calculation of present and future alluvial hazard in the ravines of northern Chile. It will serve as a free-use tool and will require publicly available input data, and/or data derived from specific studies or analyses carried out in a given gorge or area.

The information, at the ravine or hillside scale, will improve the results with respect to the possibility of using larger scale information. This platform will calculate present and future alluvial hazard indices, understood as the probability that an alluvial event of a certain magnitude will occur. Low, medium and high hazard ranges will be established, based on international experience, but adapted to the national reality, and in particular to the northern zone.

As a consequence of the confinement of a large part of the population due to the COVID-19 pandemic, the online modality has had a rapid growth in higher education. With this evolution, there has also been an increase in the number of Learning Management Systems (LMS) that support these educational processes, such as Moodle, CANVAS, Blackboard and Open edX. The University of Chile has also been part of this transformation, with the inclusion of an LMS based on the open source software Open edX. To date, this platform has hosted more than 400 undergraduate, graduate and continuing education courses for almost 60 thousand students.

This project seeks to improve this situation, incorporating applied research techniques to increase the capacity of the learning analysis (LA) module developed by the U. de Chile, including new sets of tools to achieve analysis in student engagement, student journey and prediction of results based on their behavior on the platform.

The objective of the project is to correct and remedy the educational process of students through a better analysis of information at the right time. The development of algorithms and modules compatible with Open edX may be of interest to several institutions with similar LMS.

Currently more than 80% of people live in cities and it is a trend that has been consolidated in the last decades. Maintaining a high quality of life within cities is a great challenge due to the accelerated growth of cities towards peripheral areas, the increase in temperature, global climate change and the limited resources available for urban management and planning. Based on the above, the smart city concept is presented as an approach that allows environmental monitoring in the city and integrates a large amount of inputs from different sources to make decisions based on reliable and updated information.

Available satellite sensors make it possible to characterize cities at different temporal resolutions in terms of the presence and state of green areas or vegetation, surface temperature, changes in the urban footprint (including unplanned urban growth), level of public luminosity and air pollution, among other parameters.

From this information, it is proposed to develop weekly, monthly and annual reports to support city management, through the physical and environmental characterization of cities, using the availability of freely accessible satellite images, the increase of computing capacities at a low cost and the development of algorithms to manage and automate large amounts of data. In addition, these parameters will be used to develop an indicator to visualize areas with different levels of physical and environmental development within cities, which will become a valuable input to prioritize the actions of decision makers.

The project is led by Marcelo Leguía of the Universidad de Playa Ancha, and Jaime Ortega and Florencio Utreras, researchers of the Center for Mathematical Modeling, participate as associate researchers.

This project proposes the development of a seismic site characterization guide and a preliminary draft standard for obtaining Vs and T0 parameters based on surface wave techniques (MOS) for seismic classification of sites.

Both the Guide and the Preliminary Draft will allow the seismic site classification required in the seismic design standards for structures in Chile, considering uncertainty indicators in their results.

This initiative has as partners the Ministry of Housing and Urbanism, Ferrara Servicios de Ingeniería Limitada and R&V Ingeniería de Suelos Limitada.

Source: Subdirección de Comunicaciones FCFM – U. de Chile
UPDATE: This note has been updated to include details about CMM researchers.