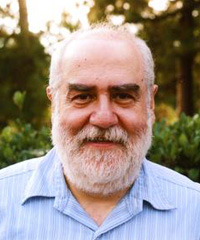 Uhlmann has received several honors for his research including a Sloan Fellowship in 1984 and a Guggenheim fellowship in 2001. In 2001 he was elected a Corresponding Member of the Chilean Academy of Sciences. He is a Fellow of the Institute of Physics since 2004. He was elected to the American Academy of Arts and Sciences in 2009 and a SIAM Fellow[1] in 2010. He was an Invited Speaker at ICM[2] in Berlin in 1998 and a Plenary Speaker at International Congress on Industrial and Applied Mathematics in Zurich in 2007. He was named a Highly Cited Researcher[3] by ISI in 2004. He was awarded the Bôcher Memorial Prize in 2011 and the Kleinman Prize[4] also in 2011. Uhlmann delivered the American Mathematical Society (AMS) Einstein Lecture in 2012.[5] He was awarded the Fondation Math'ematiques de Paris Research Chair for 2012–2013.[6] He was elected to the Washington State Academy of Sciences in 2012.
Source: Wikipedia