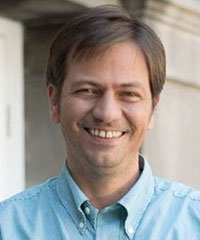 Bio:
José Correa is a full professor in the Department of Industrial Engineering at Universidad de Chile and researcher at the Center for Mathematical Modeling. His research, focusing in algorithmic game theory and mechanism design, has received numerous awards including an ACM SIGecom best paper award, an INFORMS Transportation Science and Logistics best paper awards, a Tucker prize finalist, and and research awards from Amazon and Google.
José has given keynote talks at several institutions and conferences and has been in the program committee of international computer science conferences. He also serves and has served in the editorial board of some of the leading journals of his field: Mathematical Programming B, Mathematics of Operations Research (as Game Theory Area Editor), and Operations Research.
Personal Homepage
Publications (link)
ResearcherID
ResearchGate Profile