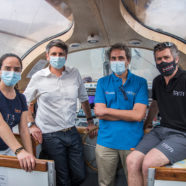 The Minister of Science highlighted the value of this international collaboration to understand the impact of climate change and provide evidence for decision making. After stops in Punta Arenas, Puerto Montt, Talcahuano and Valparaíso, the schooner is now in the port of Iquique to continue its research work on the marine microbiome on its way to the Panama Canal.

After almost three months of crossing the Chilean sea, the scientific expedition Tara is in the port of Iquique, its last stop on the Chilean coast. There, the crew of the sailboat and scientific authorities collaborating with the mission, received this Tuesday the Minister of Science, Andrés Couve, to share a balance of the initiative that brings together an interdisciplinary group of researchers. 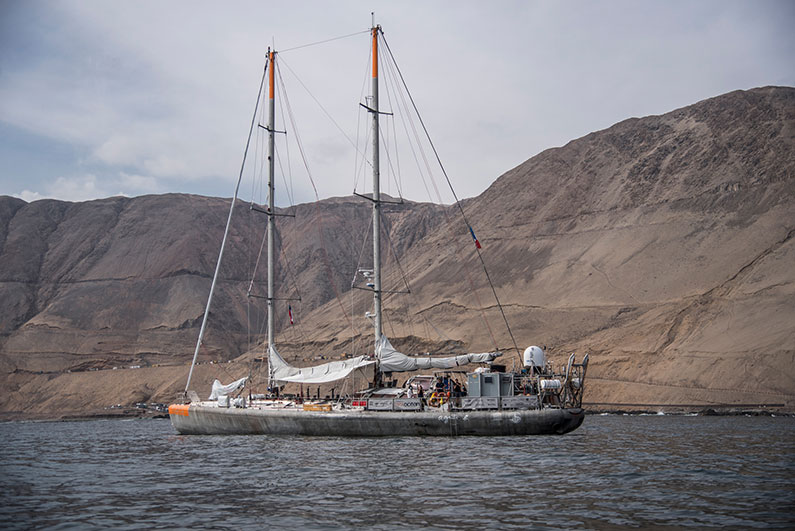 The mission – a collaboration between the Tara Océan Foundation and CEODOS Chile – has traveled along our coast analyzing the marine microbiome to contribute to the understanding of the impact of climate change in the oceans and contribute to the development of adaptation and mitigation capacities.

“We are aboard Tara, a scientific sailing ship that combines oceanographic exploration with the use of ocean data to understand different phenomena, including climate change, how physicochemical parameters are changing and the biological diversity of the oceans. This expedition is today in Iquique and carries on board a Chilean experiment where different national researchers have joined forces to measure CO2 in our coastal waters”, said Minister Couve, who visited the vessel together with the Seremi of Science of the northern macro zone, Daniela Barría, and the head of the Science and Society Division of the Ministry, Rodrigo Tapia. 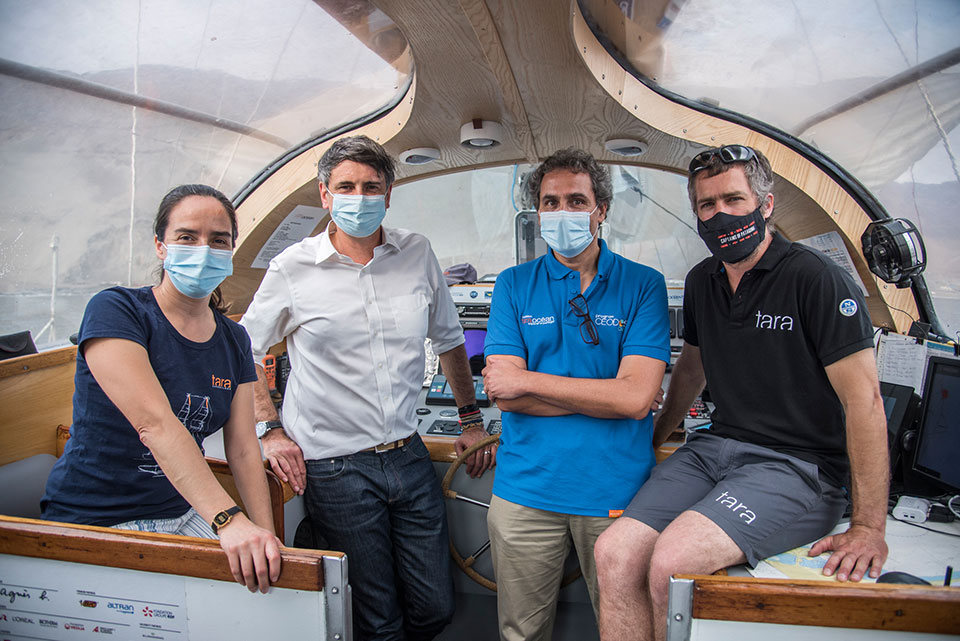 For the expedition, which began its journey on February 13 in Punta Arenas and since then has stopped in Puerto Montt, Talcahuano, Valparaiso and finally Iquique, CEODOS received the support of the Ministry of Science to structure an alliance between Chile’s research centers of excellence and the institutes and laboratories of the innovative program that has already 15 years of results with nearly 200 scientists involved from countries such as France, Spain, Italy, United States, Belgium, Japan and Canada.

In this regard, Camila Fernández, co-coordinator of the mission and researcher of the Incar, IDEAL and Copas Sur Austral centers, highlighted that “it has been fundamental for the Tara Foundation to have the support of the Ministry of Science. Minister Couve has trusted from the beginning in this national initiative to make a comprehensive survey of the Chilean coastal ocean. The scientific community united under the Ministry’s wing to travel Chile from south to north together with the sailboat and its excellent crew, and the Seremi have also participated in the logistics of carrying out an expedition like this in times of pandemic and have been a very important and enthusiastic support”. 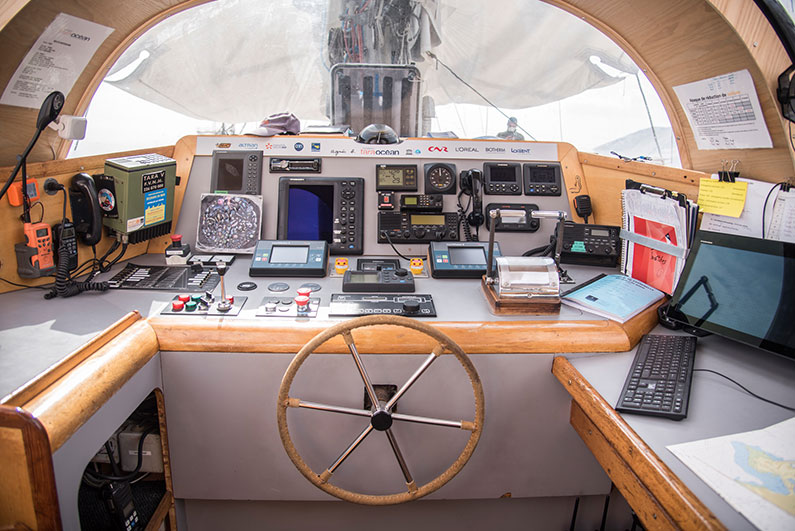 The mission has focused on studying ocean microorganisms such as bacteria, fungi and viruses, as well as some crustaceans, emerging pollutants such as microplastics, pathogens, trace metals in the ocean and the behavior of greenhouse gases in continuum, among many other things. The team of scientists has already begun the work of analyzing the collected samples, and soon they will start their genomic sequencing with the help of big data, analysis with mathematical models and artificial intelligence, whose results could give new clues to understand the impact of climate change in the oceans.

“We are finishing an expedition of more than three months in Chile that has not been simple; the delicate coordination between groups, objectives, navigating in a complex sea, full of surprises, which forces us to always be thinking about what is coming; integrating in the most virtuous way possible the data obtained to contribute to the understanding of the relationship between the ocean microbiome and the conditions where it lives”, highlighted Alejandro Maass, director of the Center for Mathematical Modeling (CMM) of the U. of Chile and co-coordinator of the CEODOS Chile mission. 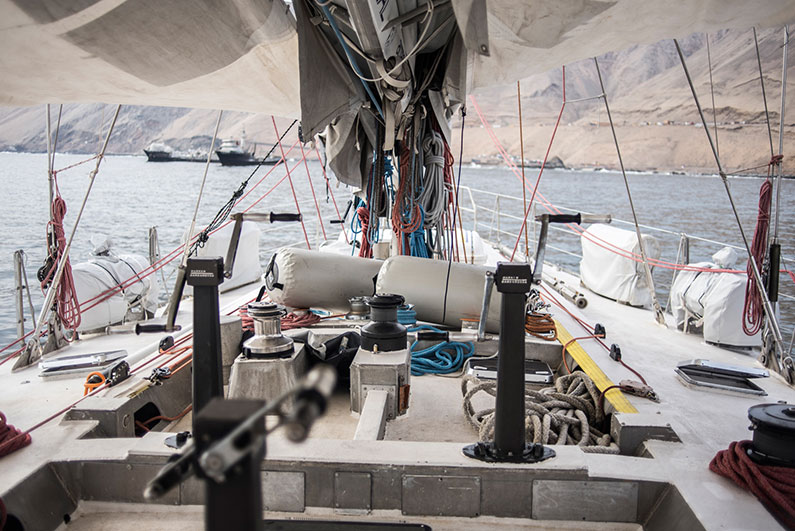 After its last stop in Chile, the yacht will continue on to the Panama Canal. During the next two years, Tara will travel the coasts of the South Atlantic, Antarctica, as well as a large part of the west coast of Africa, to finally return to France, its starting point. This is a long-term initiative that seeks to monitor the Chilean ocean every five years. “This is the beginning of a transdisciplinary process, where there are no disciplinary hierarchies, what matters here are ideas and cooperation to obtain relevant data information for scientific understanding, but also to support public policies with increasingly solid and quantitative bases. We are living a 21st century expedition, which is not over, it is just the beginning”, added Maass.

Community outreach: more than 3 thousand people interacted with the crew

During its voyage through Chile, Tara’s crew and scientific team has carried out different activities to connect with the communities through virtual visits to the schooner and remote conversations with researchers from the 9 participating national centers.

“During the expedition, the team on board has conducted webinars and conversations that have reached almost 3,000 people, among them more than 1,700 elementary and high school students thanks to the co-coordination of the Explora program through its regional associative projects and the support of the Seremi of the Ministry of Science. In these meetings the students have asked questions ranging from how the pandemic has affected the activity on board, to the options available to use the data collected by Tara in school research. In addition, they have been able to learn details about the marine animals they have seen during the voyage, the most dangerous areas to navigate, or how someone can join Tara in future expeditions”, explained Rodrigo Tapia.