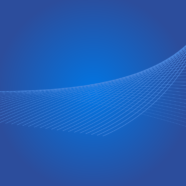 The meeting was held remotely between Tuesday, September 28 and Thursday, September 30. The event is organized by the universities of Chile, Católica and Concepción, in coordination with French institutions of excellence such as the Centre National de la Recherche Scientifique (CNRS). The participation is considered a new success for future collaborations.

After the successful second version of the Chile-Italy Forum, which took place between September 21 and 23 at the University of Bologna, the universities of Chile, Católica and Concepción participated in the third Chile-France Forum, an instance of collaboration in which the renowned French Centre National de la Recherche Scientifique (CNRS) also takes part.

The forum that recently culminated in Italy demonstrated, in the words of Rector Ennio Vivaldi, that “this is a moment in the history of humanity in which multilateral relations are once again very important”. This is a quality inherent to universities, but which has been strongly affected by the pandemic.

The event was led by academics Andrea Slachevsky, from the U. de Chile; Marcelo López-Lastra, from the UC; and Sylvain Marcellini, from the U. de Concepción. The meeting addressed topics such as chronic diseases, including arteriosclerosis, cancer and neurological pathologies, and their relationship with technology and the environment.

The meeting took place between 9:25 a.m. and 1:00 p.m. Chilean time on September 28, and was accessible through Zoom. It is now available on YouTube.

It was led by the former director of the Center for Mathematical Modeling of the U. of Chile, Alejandro Maass, Sylvain Faugeron (UC) and Camila Fernández (CNRS and U. of Concepción).

The first part of the workshop on September 28 addressed aquaculture in the context of climate change, marine ecosystems and biodegradable plastic. The CEODOS Chile project was also presented, a collaboration between the CNRS and Chilean institutions that is materializing in oceanographic research centers of excellence. Stochastic models and biodiversity studies were then discussed.

The workshop was led by Osvaldo Salazar, academic of the Department of Engineering and Soils of the U. of Chile; Tania Zaviezo (UC), Mauricio Schoebitz (U. of Concepción), Ricardo Suay (INRAE), Elisabeth Pécou (U. Côte d’Azur), and Christine Poncet (FioriMed).

The meeting took place on Tuesday, September 28, with the presentation of existing Smart-Agro projects, and addressing topics such as agroecological transition, geointelligence, soils and biodiversity, digital monitoring of environmental variables and computer systems applied in the area.

Héctor Ramírez and Joaquín Fontbona from U. de Chile were in charge of this workshop, together with Guillermo Cabrera from U. de Concepción, Eduardo Cerpa from UC and Jean-Stéphane Dhersin from U. Paris Sorbonne Paris Nord and CNRS.

The conversation analyzed, from the perspective of data sciences, subjects such as astrophysics, health, environment and geophysics.

The meeting took place on Wednesday, September 29, starting at 9:30 a.m., and was published on YouTube (session 1 an session 2).

Under the guidance of Professor Sergio Donoso, from the Faculty of Architecture and Urbanism of the U. of Chile, together with Marcela Sepúlveda from the UC and María Inés Picazo from the U. of Concepción, this workshop addressed subjects associated with design, the arts and heritage.

Sustainable fashion design, co-creation with the elderly, inclusivity in public transportation, prototyping in bio-based materials and the study of heritage in the modern context are some of the topics included in the program.

The conversation took place on Wednesday, September 29, starting at 9:30 a.m., and it was possible to participate via Zoom. The recording is available on YouTube.

Emmanuelle Barozet, professor of the Department of Sociology and COES researcher, was in charge of leading this workshop, together with Armando Cartes from the U. de Concepción and Claudia Giacoman from the UC.

In this instance, the joint collaboration projects between both countries were reviewed, including doctoral thesis co-supervision, doctoral chairs and joint research.

The conversation took place on Tuesday, September 28 via Zoom.

You can watch the Plenary Session on YouTube. You can also download the summary and conclusions of each workshop on their respective pages on the Third Chile-France Academic Forum website.

Source: Based on a previous publication by Consuelo Ferrer, Comunicaciones U. de Chile.