National Laboratory for Supercomputing awarded funding for the next five years 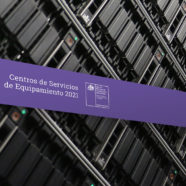 The National Laboratory for High Performance Computing (NLHPC), which operates Guacolda-Leftraru, the most powerful supercomputer in Chile and one of the most powerful in South America, has been housed at the Center for Mathematical Modeling of the University of Chile (CMM) for more than a decade and provides services to multiple institutions.

The National Laboratory for High Performance Computing (NLHPC) was awarded a new fund for Shared Use Major Scientific and Technological Equipment Service Centers (Centros de Servicios de Equipamiento Científico y Tecnológico Mayor de Uso Compartido), granted by the Chilean National Agency for Research and Development (ANID), with which it will be able to finance the next five years of activities of the national supercomputing center, with the possibility of renewing for another five years.

“This award is very relevant for us, it means a recognition to the intense work that the whole NLHPC team has been doing for years. The call has been really competitive, we are aware that we were competing against other really solid and powerful proposals”, says Ginés Guerrero, director of the NLHPC. With the funds awarded, the laboratory will be able to maintain the team of engineers who provide services for more than 200 projects. “This gives us confidence to be able to continue growing according to the objectives we set ourselves: to have our own institutional framework,” he says. 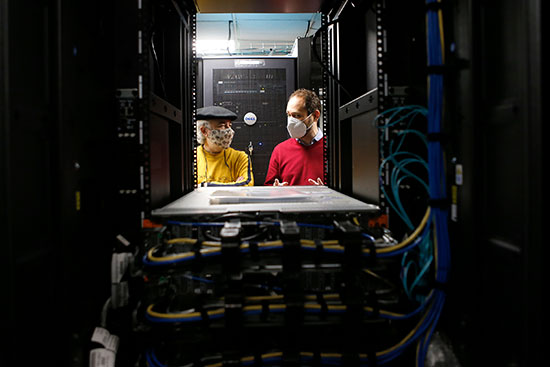 In the last year, more than 400 users, from multiple areas of knowledge, have used the NLHPC. More than 45 institutions have used its services in 200 different projects, to produce 56 theses and 170 publications in mainstream journals, says Guerrero. “It is worth noting that these numbers are steadily increasing. In addition, the NLHPC has established collaborative networks with international frontier centers, opening many doors that benefit the national scientific community,” he adds.

The new challenge for the laboratory is to have its own institutional framework. “For some time now, our dream has been to have our own institution, where all the institutions that do science in Chile have the opportunity to join, where they all have an equal voice and vote. This institution, which we believe will be supported by a large number of universities, will give us the strength to convey to the State the idea of how important computing capabilities are for the development of any country, and that a permanent investment must be made to maintain a national supercomputing center. This would make it possible to maintain and promote the engineers who work there, and to carry out the necessary periodic hardware upgrades”, he emphasizes.

The Guacolda-Leftraru supercomputer, managed by the NLHPC, appeared in November in the IO500 list, a ranking of the fastest supercomputing (HPC) storage systems in the world, where it was placed in 39th place.

The laboratory, housed in the Center for Mathematical Modeling (CMM) at the Faculty of Physical and Mathematical Sciences of the University of Chile, began operating in 2011. Since then, the vast majority of institutions doing research in the country are part of the center, constituting the largest scientific network in Chile.