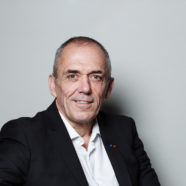 Rector Ennio Vivaldi presented the distinction to the sociologist and the computational scientist for “their enormous contributions to world knowledge and their deep ties with Chile”. During the ceremony held at the Chilean embassy in Paris, the honorees thanked the “honor” of the title and highlighted their deep ties with Chile and the “extraordinary” and “fruitful” collaborations generated between the two countries. 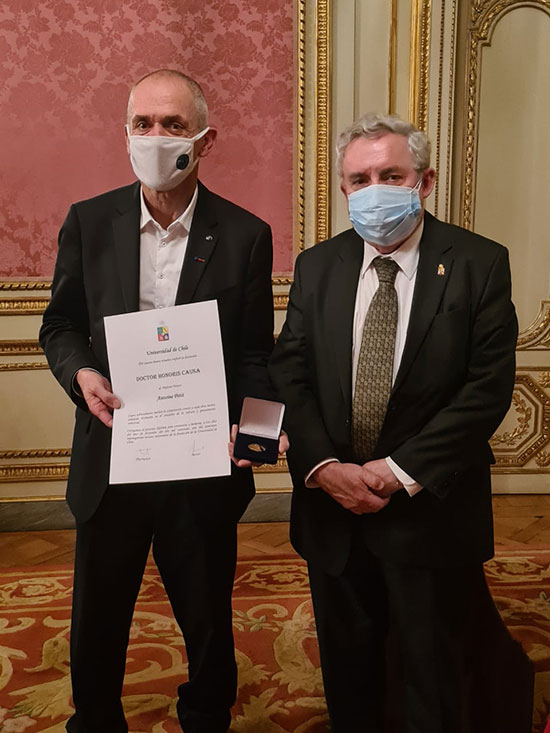 Last Friday, December 3, the University of Chile held in Paris the ceremony of awarding the Doctor Honoris Causa degree to the French Edgar Morin, prominent sociologist and philosopher who installed the concept of transdiscipline, and Antoine Petit, computer scientist, Chairman and CEO of the Centre National de la Recherche Scientifique (CNRS), an occasion on which Rector Ennio Vivaldi highlighted “their enormous contributions to world knowledge and their deep ties with Chile”.

In Morin’s case, the distinction was approved by the University Council at the end of 2015, but had not been able to be delivered until now. At 100 years old, the intellectual has built a fundamental place in French sociology. In his youth, moreover, he participated in the French resistance against Nazism, for which he has also been recognized for his actions in defense of human rights.

His figure is fundamental for the University because he is the author of the cognitive scheme of transdisciplinarity, which he postulated in 1984 as a way to transcend the disciplines and raise the need for scientific knowledge to nurture and provide a global view, considering the world “in its diverse unity”. This idea is at the core of Casa de Bello’s work and embodies the mission of Parque Carén.

“This recognition touches me deeply. Thank you for this honor,” said Morin during the ceremony held at the Chilean Embassy in France. Rector Vivaldi, for his part, pointed out that “after Edgar Morin, transdiscipline is not an option: it is something obligatory. It does not mean ‘putting together’, but being able to generate something that does not exist in each discipline alone”. 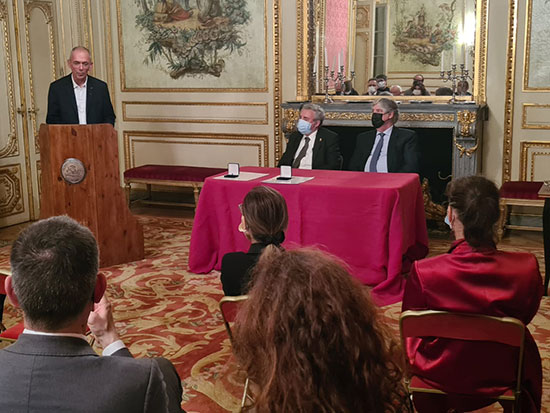 On the other hand, the request to award the recognition to Antoine Petit came from the Faculty of Physical and Mathematical Sciences in 2019, particularly from the Center for Mathematical Modeling (CMM), which has a close link with the CNRS: it is the first International Research Laboratory (formerly known as International Joint Unit) of the CNRS outside Europe and the first of its kind in Mathematics. In fact, prior to the ceremony, Rector Vivaldi met with CNRS directors to agree to extend the collaboration that already exists in mathematics, medicine and engineering to social sciences and humanities.

The proposal to confer Petit the honorary doctorate was sponsored by the former director of the CMM –and current director of international relations of the same center–, Alejandro Maass, who participated in the ceremony, and was also supported by researchers, National Prizes and members of the Chilean Academy of Sciences. The University Council approved the idea unanimously. Among the reasons given for conferring the recognition are his “significant contributions to the development of science and technology in areas that mark the future of civilization” and his “high valuation of the scientific quality and relevance of the science done in Chile”. 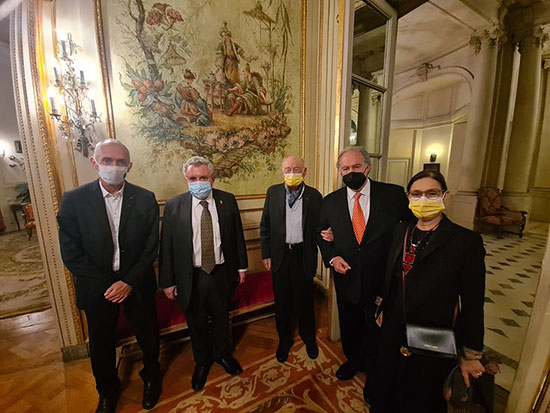 “I am moved to receive this recognition at the same time as Edgar Morin. I feel like a usurper,” said Petit at the event, who declared himself “honored” to accept the title and highlighted a relationship of “friendship” with Chile and with the University. In closing, Rector Vivaldi celebrated that both honorees “have made a contribution to humanity and particularly an extraordinary and fruitful contribution to Chile”.