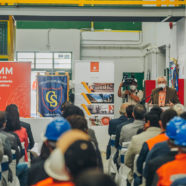 In Chile, one of the best places in the world to observe the skies of the Universe, with 40% of the optical telescopes located on Earth, astronomy has been experiencing an explosive moment for the last decade and, in passing, has been at the service of the main challenges of contemporary societies. This is what has happened with the invention of two Chilean scientists, astronomers Francisco Förster and Ricardo Finger, inspired by two techniques to study the components of the cosmos and that, thanks to the technological solution, allows to detect CO₂ in closed spaces, analyze the data to offer solutions and, finally, stop the covid-19.

In a kind of revolution to understand the control of the epidemic – it matters less the capacity of a room than good ventilation – one of the largest Chilean companies, the copper producer Codelco, has purchased dozens of these latest generation devices to install them in schools in Calama and Tocopilla, in the north of the country, in the vicinity of the main mining sites. The company, the world’s largest copper mining company, has installed 282 meters and 16 data centers in four schools in Calama and Tocopilla. According to estimates, this will have a direct impact on 4,000 people, including students and teachers and, therefore, their families. 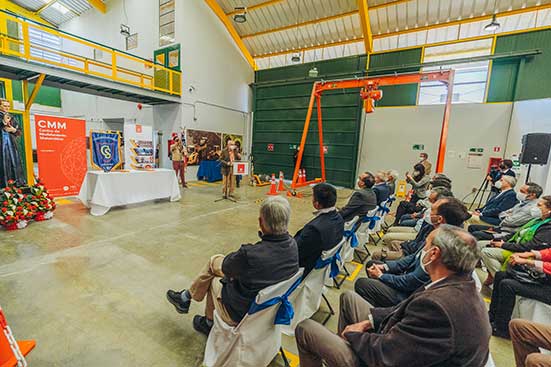 Codelco celebrates the installation of Flair’s CO₂ sensors at the Don Bosco school in Calama.

“The project was born from mixing two specialties within astronomy: on the one hand, the ability to produce and filter large data streams to react to relevant events in real time, something we use in so-called astronomical brokers to detect explosive events such as supernovae; and, on the other hand, the ability to measure the concentration of molecules using spectroscopy, in this case of CO₂, in the same way as astronomical observatories do to measure the presence of molecules in the universe,” explains Förster, an academic at the University of Chile and researcher at the Center of Excellence in Astrophysics and Related Technologies (CATA) and the Center for Mathematical Modeling (CMM).

The scientist relates that the devices consist of a network of sensors that measure CO₂ concentration, temperature and humidity in real time and send the data via radio to a central station and then to the cloud via wifi. “We use very precise CO₂ sensors, which detect how infrared light is attenuated in an infrared zone associated with the presence of CO₂″ molecules, adds Förster. 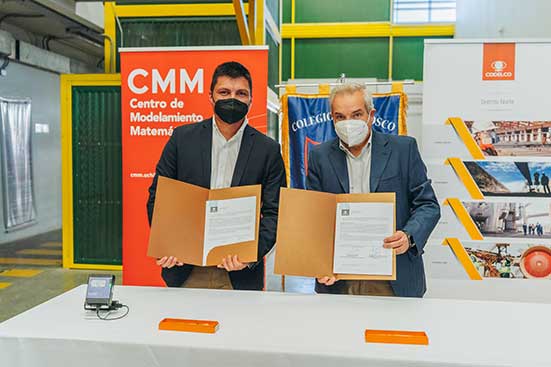 Agreement signed with Codelco to install Flair devices in schools in the north of the country.

The company that makes the technological solution is called Flair and its CEO, Pablo Farah, explains that the platform is based on three fundamental principles that explain its unique impact. Firstly, its indoor space adaptation engine that, by processing air quality data with artificial intelligence, generates objective recommendations. In this way, users can make concrete and personalized decisions to improve the air quality in all their indoor spaces and, therefore, generate well-being and health for all those who live in those places on a daily basis.

Farah gives fundamental importance to what he calls the democratization of information. “It is crucial to communicate the conditions of the place where they are, both to those who manage and to those who work in the spaces,” says the CEO of Flair, which has already installed devices in eight organizations in Chile, including hospitals, universities, schools, cultural centers and community centers. He exemplifies: “It seems basic to all of us that we should be warned that we are drinking contaminated water. This is similar and just as relevant, but with the air,” reflects Farah, who points to a third aspect of the technological solution that is beginning to grow outside Chile’s borders. “The action and support of those in the interior spaces where Flair operates,” Farah adds. This is one of the peculiarities of the technology, because, thanks to the information on the conditions of the spaces, users are able to take guided prevention and mitigation actions if necessary, complementing and enhancing the adaptation measures generated by the artificial intelligence software. 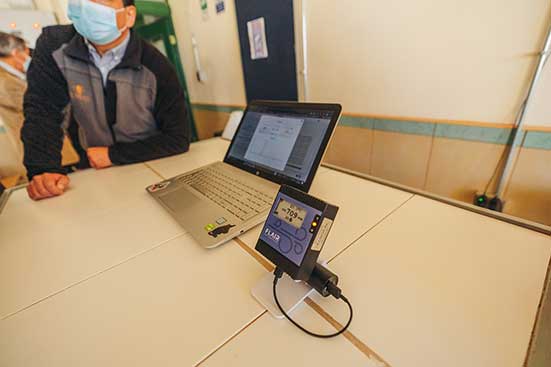 Demonstration of a Flair device at the Don Bosco school in Calama.

The scientist Förster assures that measuring the concentration of CO₂ appears as a powerful tool to prevent covid-19 infections and recalls that, recently, in schools in Italy, the effect of correct ventilation in classrooms was measured. The conclusion pointed out that active ventilation can reduce contagions with respect to the case without ventilation by up to 83%. “In the experiment, the contagions are reported for different rates of air changes per hour, which is possible to translate to typical CO₂ concentration. By doing the above, it is observed that the probability of contagion grows almost linearly with the excess of CO₂ and that, therefore, ventilation is a fundamental measure to combat the pandemic,” says the Chilean astronomer.

Thanks to the 30 million independent measurements of CO₂, temperature and humidity, the Chilean technological solution has been able to detect patterns and reach conclusions that are relevant for combating the pandemic. For example, while schools have a maximum concentration at the beginning of classes -typically at eight o’clock in the morning-, shopping centers tend to have a maximum in the afternoon, that is, at eight o’clock in the evening. Flair has found that places with high reactive capacity, such as schools, can self-manage ventilation: they react to local alarms and every time the non-recommended threshold is exceeded, a subsequent decrease in concentration is observed. This is not the case, however, in hospitals. 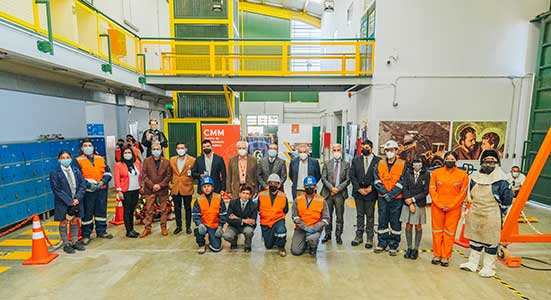 Codelco authorities visiting a school where Flair devices are being installed.

In a Chilean university, CO₂ monitoring proved to be an effective tool for optimizing ventilation. Thanks to the technological solution, the rooms that reached non-recommended concentrations dropped from 45% to 0%. It is estimated, therefore, that the increased focus on ventilation reduced the probability of contagion by 42% in those rooms with poor air quality.

Flair is a Proptech/Healthtech startup, spin-off of the Center for Mathematical Modeling (CMM) and the Center of Excellence in Astrophysics and Related Technologies (CATA) of the Universidad de Chile, dedicated to the creation of wellbeing with a focus on people, through the continuous adaptation of indoor spaces using advanced air analytics.

Flair measures the levels of carbon dioxide in the air in an enclosed space to determine how well ventilated it is and how much risk there is of exposure to airborne transmission of respiratory viruses, such as the one that causes covid-19.

CMM is nowadays the most active scientific research institution in mathematical modeling in Latin America. It is a center of excellence of ANID (the Chilean National Research and Development Agency), located in the Faculty of Physical and Mathematical Sciences of the University of Chile and today integrates eight other associated universities: U. Adolfo Ibáñez (UAI), U. Andrés Bello (UNAB), U. Católica de la Santísima Concepción (UCSC), U. de O’Higgins (UOH), U. de Valparaíso (UV), U. del Bío-Bío (UBB) and U. Técnica Federico Santa María (USM). Its mission is to create mathematics to respond to problems in other sciences, industry and public policy. It seeks to develop science with the highest standards, excellence and rigor in areas such as data science, climate and biodiversity, education, resource management, mining and digital health.