CMM > Frontpage > More than 40 researchers and collaborators from the Center for Mathematical Modeling participated in the seventh version of the CMM Pucón Symposium.

More than 40 researchers and collaborators from the Center for Mathematical Modeling participated in the seventh version of the CMM Pucón Symposium. 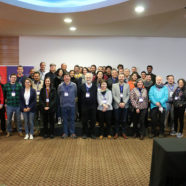 Together with close collaborators, scientists from the Center for Mathematical Modeling (CMM) of the University of Chile gathered for three days in the Los Lagos Region to analyze new data science issues and their application to different topics such as astronomy, earth sciences, biology, digital health and biodiversity.

The seventh CMM Pucón Symposium was held with various talks, round tables and extensive conversation instances, bringing together leading professionals from various scientific and technological disciplines of prestigious research and development organizations, to strengthen the already consolidated external collaboration networks and encourage the creation of new ones, thus allowing an in-depth analysis of the latest advances and future trends in different areas of knowledge. 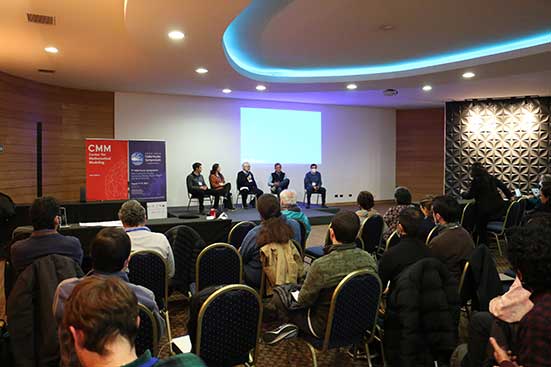 Round table on artificial intelligence in industry.

The meeting brought together researchers and academics from the universities of Chile, Concepción, Austral de Chile, Washington, Harvard, the National Science Foundation of the United States (NFS USA), the French Institute for Research in Science and Digital Technologies (INRIA Chile), the National Center for Health Information Systems (CENS), the Cape Horn International Center (CHIC), the Millennium Institutes Center for Genome Regulation (CRG) and Astrophysics (MAS), the Institute of Ecology and Biodiversity (IEB), and the Center for Astrophysics and Related Technologies (CATA). It was also attended by representatives of the Ministry of Science, Technology, Knowledge and Innovation, the new regional state universities of O’Higgins (UOH) and Aysén (UAysén), and the companies AquaChile, PSINet and Solunova.

Jaime San Martín, co-organizer of the symposium and CMM researcher, pointed out the impact of holding this type of meeting, where emblematic initiatives have been generated, such as the ALeRCE Project (Automated Learning for the Rapid Classification of Events), the “astronomical broker” that processes data from several telescopes in real time, issuing alerts for the immediate monitoring of transient phenomena (supernovae, variable stars, comets, etc.), expanding observation capacities very significantly. 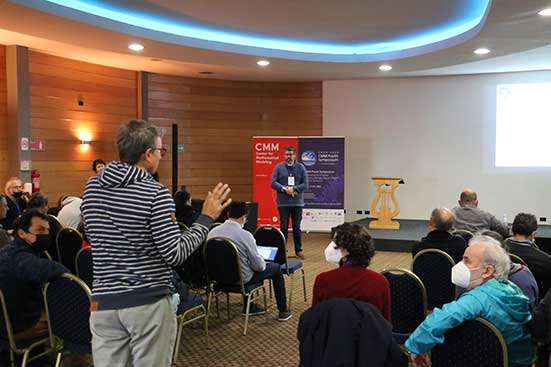 “The merit of the Pucón Symposium is that you meet people with very different interests. There may be one person interested in how to manage health data and, next to them, another who is interested in how to manage mining data. However, when they talk to each other, they realize that they have a lot of common issues,” added San Martin. This has strengthened the transdisciplinary nature of the work at CMM and has led to the creation of a broad network of external collaboration.

With the exception of the pandemic period, since its inception in 2009, the CMM Pucón Symposium has been held every two years in southern Chile. Its first three versions were held in Pucón, thus consolidating its territory-independent brand as subsequent versions have been held in Puerto Varas. In fact, the seventh version of this meeting was held in this town on Lake Llanquihue between August 17 and 19, in a face-to-face format. “The pandemic interrupted our periodicity, because we should have done it last year. This year we took it up again with great enthusiasm, everyone was very happy and anxious to be able to have face-to-face meetings again,” commented Eduardo Vera, co-organizer of the symposium and CMM scientist. 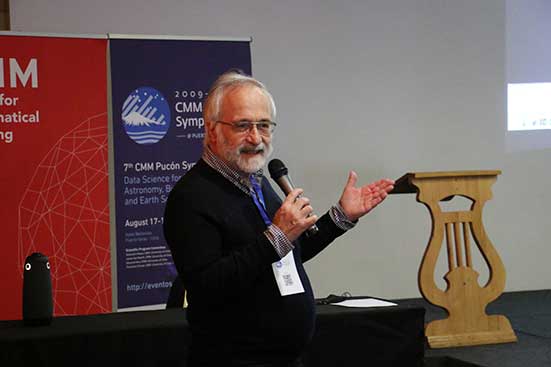 Prof. Eduardo Vera, co-organizer of the symposium and CMM scientist.

The idea arose a little over a decade ago, in response to the need to know what the rest of the world was doing in the emerging area of astroinformatics. This was the starting point that gave way to new topics that began to be developed in the following meetings, such as bioinformatics, digital health and later climate and environment. “In this symposium we analyzed the new topics with special projection into the future, just as we did a decade ago, when we strategically decided to work on the analysis of large volumes (big data) of astronomical data. This effort has yielded many fruits by generating valuable knowledge with an impact on many other areas,” said Vera. 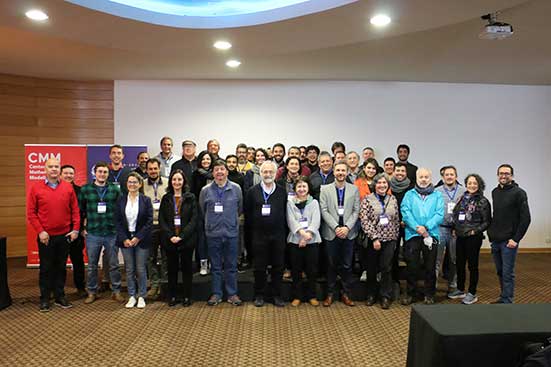 For the next versions of the CMM Pucón Symposium, the organizers hope to advance transdisciplinarily in new frontier topics now present, including in areas such as social sciences and humanities. Thanks to this year’s meeting, there is already a list of important conclusions to apply to the different issues discussed, such as access to public data in Chile and the use of massive data in industrial processes.