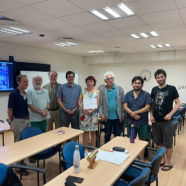 On January 11, the ceremony of incorporation of the French mathematician Sylvie Méléard as a foreign corresponding member of the Chilean Academy of Sciences was held.

The ceremony was carried out semi-presentially from the Center for Mathematical Modeling (CMM) of the University of Chile, a place that Méléard has visited for twenty years, and where she has collaborated fruitfully with researchers Joaquín Fontbona, Jaime San Martín y Servet Martínez.

Sylvie Méléard is a French mathematician specialized in probability theory, stochastic processes, particle systems and stochastic differential equations. She is a professor at the École Polytechnique de France, director of the Chair of Mathematical Modeling and Biodiversity and senior member of the Institut Universitaire de France. She was Editor-in-Chief of the journal Stochastic Processes and their Applications and is editor of several international journals. She is also a member of the CMM International Scientific Committee. 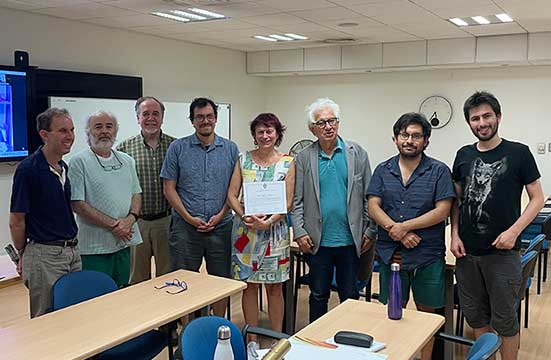 Méléard has been awarded several recognitions, including Chevalier de la Légion d’Honneur de France; invited lecturer at the 7th European Congress of Mathematics, Berlin 2016; member of the European Academy of Sciences since 2018. Her main domains of interest in Mathematics are broad, most notably Probabilities and Stochastic Processes, and Mathematical Modeling of Biodiversity in Ecology.

The reception speech was given by Prof. Servet Martínez, Fellow of the Academy. Prof. Méléard’s presentation dealt with mathematical modeling in evolution, ecology and medicine.