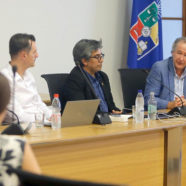 The Center for Mathematical Modeling (CMM) received a visit from Dr. Liviu NICU, head of the CNRS office for South America and his collaborator, Pascal Singer. Both work at the Consulate General of France in Rio de Janeiro and work to consolidate existing French-South American cooperation and pave the way for new ones. In the framework of a Chilean tour, Liviu Nicu visited the CMM on January 10, and was welcomed by Prof. Héctor Ramírez, Director of the CMM; Prof. Alejandro Maass, Director of International Relations of the CMM; and researchers of the Center. The meeting allowed to underline the importance of the collaboration between the CMM and the French mathematical community, as well as the next steps of their long-lasting and fruitful partnership. 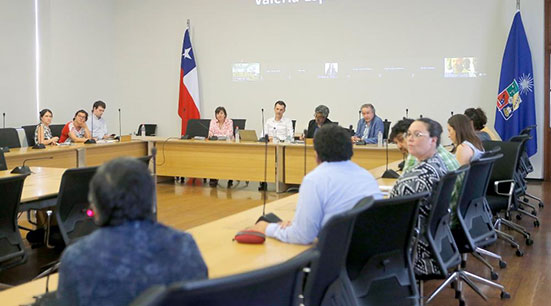 Dr. Nicu also visited the Central House of the University of Chile, where he was received by Prof. Enrique Aliste, Vice-Rector for Research and Development; Prof. Francisco Martínez, Dean of the Faculty of Physical and Mathematical Sciences; and Prof. Alicia Salomone, Director of International Relations, among other representatives of the Casa de Bello. The meeting discussed the importance of international cooperation for scientific progress in the region, as well as joint work plans with the University of Chile and other institutions in the Southern Cone. 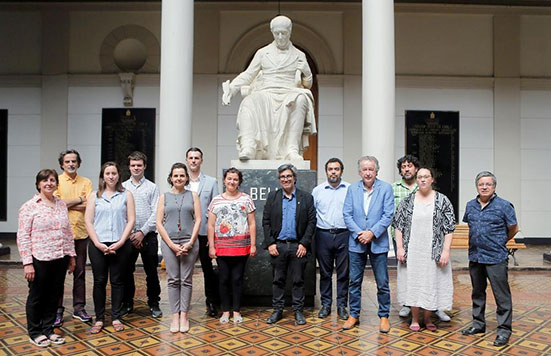