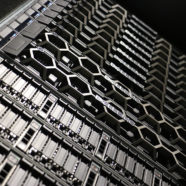 The Chilean National Agency for Research and Development (ANID) announced the results of the II Fondequip Mayor Scientific and Technological Equipment Contest, which awarded $950 million pesos to the National Laboratory for High Performance Computing (NLHPC), an initiative hosted at the Center for Mathematical Modeling (CMM), and which is one of only three projects to benefit from this state funding.

According to ANID, “the II Fondequip Mayor Scientific and Technological Equipment Contest seeks to install scientific capacity, covering the country’s need for a larger and more extensive infrastructure, which houses sophisticated and innovative scientific equipment that promotes and facilitates the development of research excellence in the national territory with this scientific and technological equipment. It also seeks to position Chile at the forefront of research excellence and frontier research at the international level”.

The funding will help to continue the work of this laboratory, strengthening its supercomputing infrastructure, which has been of great importance for the national scientific community.

The center began to take shape in 2009 as an initiative of the Center for Mathematical Modeling, who invited different institutions to become partners with the aim of creating a national supercomputing laboratory. The response of these institutions was very enthusiastic and their support allowed the center to start operating in 2011. Since then, the vast majority of institutions doing research in the country are part of the center, constituting the largest scientific network in Chile that shares an infrastructure. In addition, we have signed collaboration agreements with several state institutions, international networks and supercomputing centers around the world.