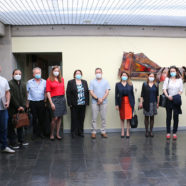 A delegation from the French institution Inria was received last November 23 at the Center for Mathematical Modeling (CMM), as part of the first international visit to the Faculty of Physical and Mathematical Sciences (FCFM) of the University of Chile since the beginning of the pandemic. 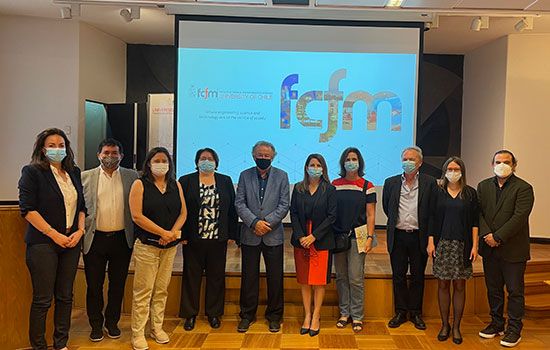 As part of the visit, the Inria representatives met with FCFM authorities, headed by Dean Francisco Martinez, on the occasion of which they signed the renewal of a mobility agreement that has allowed 18 mathematical engineering and computer science students to have completed internships in different Inria research centers in France between 2018 and 2021. 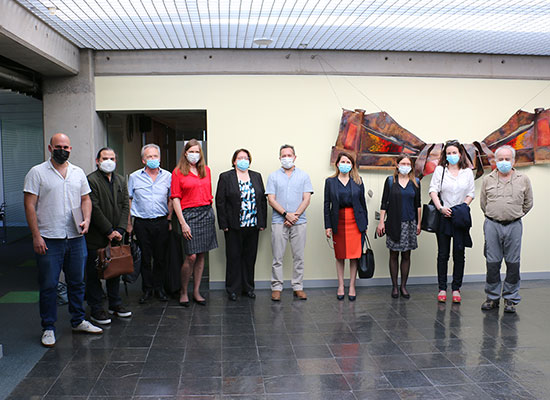 Inria Delegation with representatives of CMM

The visitors were received by Héctor Ramírez and Maya Stein, director and deputy director of the CMM, as well as by researchers Jaime San Martín and Felipe Tobar.

“We are very pleased to have been able to receive, on-site, the Inria delegation and to have had the opportunity to show them the CMM work plan for the coming years. In this plan, it is key to enhance our international collaboration, so we hope that the ongoing and upcoming projects with Inria will reinforce our already strong ties with French research,” remarked the CMM director. 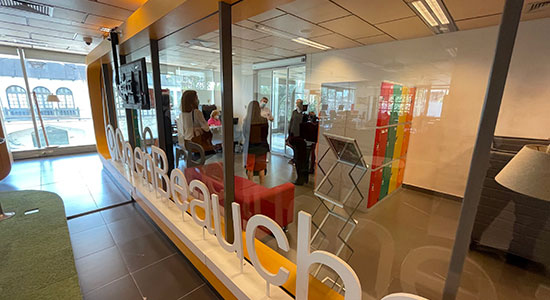 The group also visited OpenBeauchef, where they were able to learn about the work of the center for innovation and entrepreneurship of the FCFM through its executive director Claudio Maggi, thus concluding the activity.

Inria and its presence in Chile

Inria is France’s national research institute for digital sciences and technologies, with a long-standing relationship with CMM. Inria and the Faculty of Physical and Mathematical Sciences (FCFM) of the University of Chile have a long and productive history of cooperation that began decades ago and was reinforced by Inria’s arrival in Chile in 2012. The great importance of the collaboration between Inria and the FCFM – and in particular the CMM – is evidenced by the number of projects developed jointly and the number of researchers and students from the Faculty involved, both nationally and internationally.

Inria Chile is the first Inria center outside France, and was established in 2012 in our country as part of a Corfo (Corporacion de Fomento de la Producción) program with the support of eight Chilean universities, including the University of Chile.

The CMM is today the most active scientific research institution in mathematical modeling in Latin America. It is a center of excellence of ANID, located at the Faculty of Physical and Mathematical Sciences of the University of Chile. Its mission is to create mathematics to respond to problems in other sciences, industry and public policy. It seeks to develop science with the highest standards, excellence and rigor in areas such as data science, climate and biodiversity, education, resource management, digital mining and digital health.