About a hundred Chilean and Japanese academics and authorities will meet in the Los Lagos Region to discuss various topics of astronomy, seismology, earth sciences, digital health, mining and renewable energies. The international meeting will take place between November 28 and December 2.

The objective is to establish an open academic platform with the participation of external collaborators from universities and research centers of both countries, strengthening ties between Asia and Latin America and generating new links.

At this event, the University of Chile is present with about thirty academics from different faculties, among them, the researcher of the Center for Mathematical Modeling (CMM) Eduardo Vera, who leads the organizing committee of the event.

In this version of the forum, new topics have been included, “which are increasingly relevant in the context of climate change, such as ecology, biodiversity and ocean monitoring, issues that require a global effort in which the Pacific plays a fundamental role, being a priority concern of both countries”, explained Vera.

The Director of International Relations of the University of Chile, Alicia Salomone stressed that “any instance of international exchange and cooperation is of interest to the university and its community, especially considering the history of academic ties between our campus and universities in Japan. We welcome this meeting and with it the deepening of the issues addressed, which are of common interest to both nations.”

The Vice-Rector for Research and Development of the University of Chile, Enrique Aliste, said that “the Chile-Japan Forum seeks to bring together researchers of the highest level”, and explained that in this meeting there are representatives from all areas of knowledge: “Experiences are shared, as well as a space that allows the strengthening of relations between Japan and Chile in scientific matters, seeking to affiliate the highest level professionals, but also seeking to generate ties that are strengthened from links that are specifically oriented to scientific research topics”.

As for the programming, the following academics will participate in the workshop “Astronomy, astronomical instrumentation, microsatellites and space images”: Mónica Rubio, winner of the National Exact Sciences Award 2021; Patricio Rojo, Ricardo Finger Camus, Walter Max-Moerbeck, Marcos Díaz, Jaime Ortega and Francisco Förster, all from the Faculty of Physical and Mathematical Sciences (FCFM).

The third group of academics will participate in the workshop “Biology, Biomedical Engineering and Digital Health”, and is composed of the Dean of the Faculty of Medicine, Miguel O’Ryan, together with professors Manuel Kukuljan, Héctor Ramírez, Steffen Härtel, Víctor Riquelme, Gloria Henríquez and Juan Carlos Letelier, from the faculties of Science, Medicine and FCFM.

Other researchers will also discuss the strategic materials of the future to achieve energy sustainability, with the participation of Leandro Voisin, Rodrigo Palma, Alejandro Jofré, Joaquín Fontbona and Jorge Amaya. In turn, Jurij Wacyk, Roberto Neira and José Manuel Yañez will speak on Ecology, biodiversity and sustainable aquaculture production.

New academic links in the arts, architecture, social sciences and international studies will also be explored. There will be remarkable transdisciplinary discussion, with academics from different fields of knowledge.

For Professor Eduardo Vera, these meetings “have allowed us a very valuable transdisciplinary interaction in regions of our country of enormous global interest, reinforcing our academic links with world-class universities such as the University of Tokyo, our main Japanese strategic partner”.

To date, the areas of astronomy and seismology have been points of strong Chilean-Japanese links for a long time, therefore, for Professor Vera, “there are very consolidated collaboration groups and the forums have allowed reaffirming even more the work in these disciplines, establishing new ones in mining, strategic materials, renewable energies, bioengineering with the laboratories of the University of Tokyo”.

To this is added cooperation in the field of medicine, particularly in gastric cancer, “achieving one of the first joint PhD degrees in biomedical sciences with Tokyo Medical & Dental University (TMDU)”.

He also highlights the contact with Professor Shinichi Nakasuka, pioneer in the design of microsatellites, which has allowed a strong collaboration in this area with the efforts of the FCFM led by Professor Marcos Diaz, from the Space and Planetary Exploration Laboratory (SPEL), in charge of the most recent launches of this type of devices. At the same time, there is a great collaboration in terms of botany of the sub-Antarctic region, between the University of Chile and the University of Magallanes with the University of Tokyo, a program that has allowed Japanese students and academics to visit and study Patagonia.

More information on the program and attendees of the meeting, which will begin with the participation of representatives of the organizing institutions and the ambassadors of both countries, as well as a tribute to the Japanese composer Isao Matsushita by the concert performer Svetlana Kotova, an academic from the Faculty of Arts of the University of Chile at the Teatro del Lago de Frutillar, here: https://go.cmm.uchile.cl/chilejapanforum2022 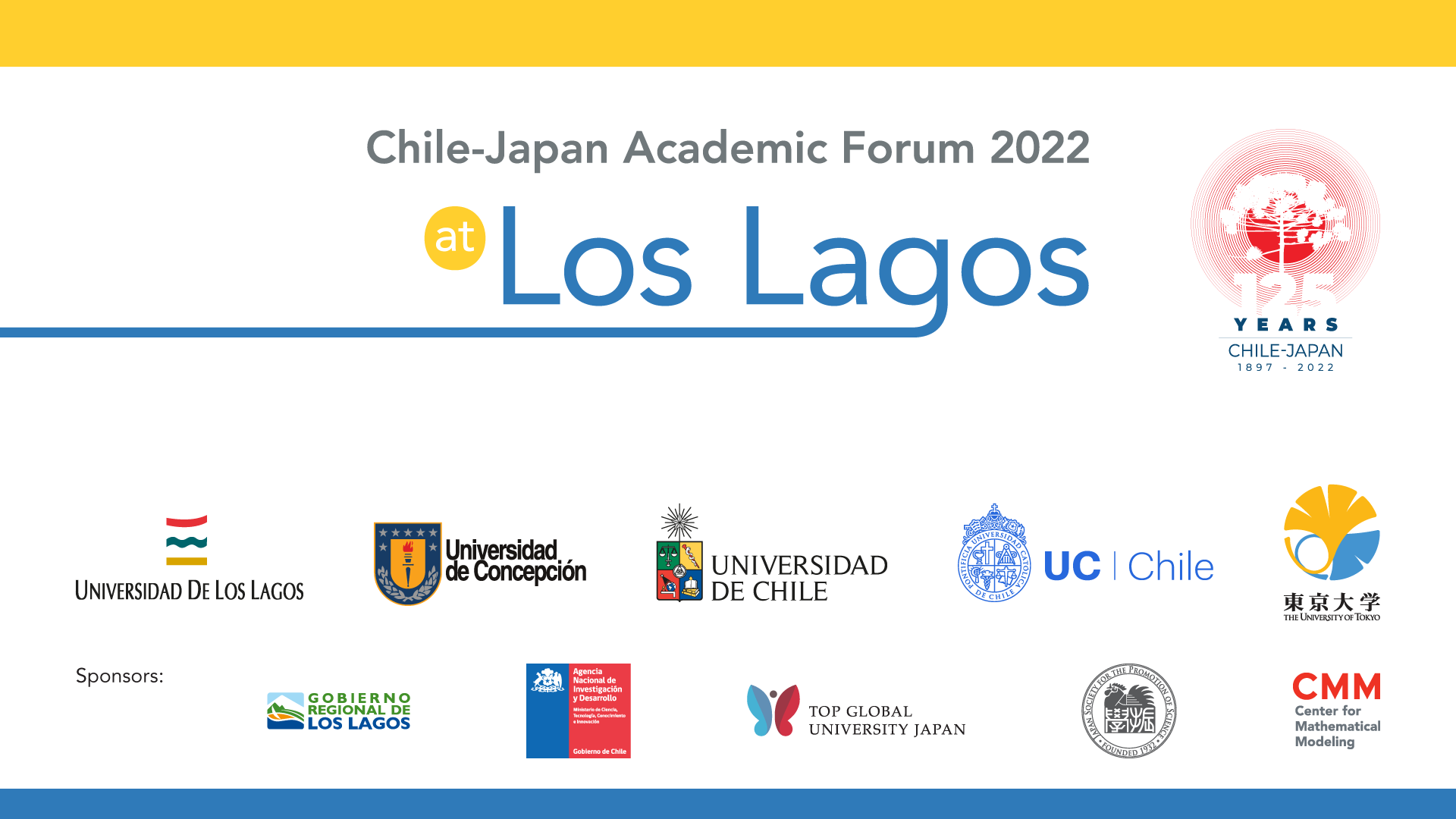